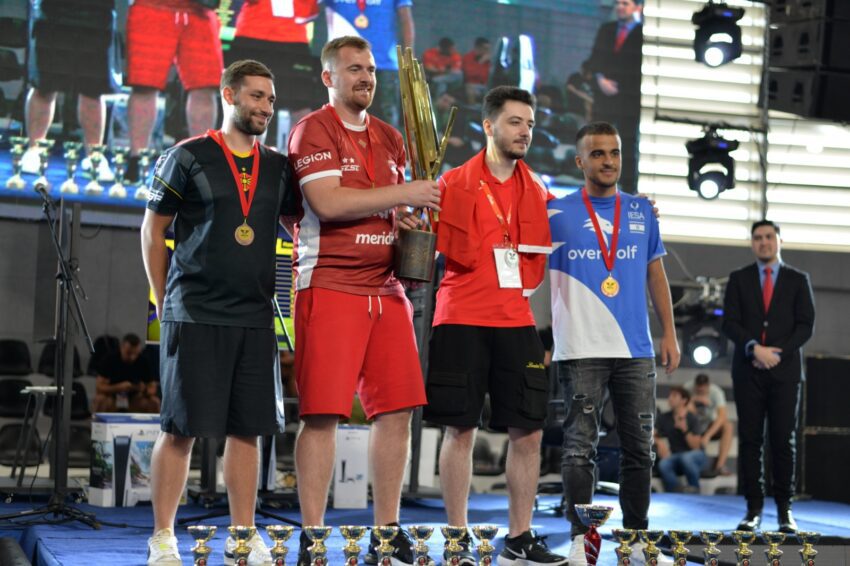 This September, between the 7th and the 9th,  the European Championship in eFootball™ 2023 was held in the beautiful BEMAX Arena in Podgorica, Montenegro. This was the third LAN tournament in Europe this season, a follow up to the Tekken 7 & Rocket League tournament in Baku , Azerbaijan and the CS:GO tournament in Oradea, Romania.

The tournament accommodated 26 countries from all over Europe including professional eFootball™ 2023 athlete’s playing for the famous FC Barcelona, Arsenal and Bayern Munich esports divisions. This tournament will hold the highest number of participants for this season.

“We are all super excited for the largest European eFootball™ 2023 event happening in Montenegro this September. I’d like to thank the Montenegro Esports Federation and the Montenegro Olympic Committee for their support.“

The event is organized by the Local Organizer, the Alliance of Electronic Sports Federation of Montenegro and was accompanied by an gaming expo called eFest. Besides the games the guests could see art, play other games, compete between each other, traditional sport, inform and learn about companies, their products and many other attractions.

The eFootball™ 2023 players were competing for the first place, a prize pool of 10,000 euros and a direct slot to the World Esports Championship in Bali, organized by the IESF. For the second time in a row, the Championship tournament was won by the Serbian player Marko “RoksaCZV” Roksić, who defeated Mücahit “ Mucahit21 “ Sevimli from Türkiye. The third place was shared by the representatives from North Macedonia and Israel, David Garevski and Orel “ OralD “  Daniel.

Besides the playing and the fun, this event was a meeting point for many of the European National Federation representatives as well as the local Balkan scene.

“We are honored to host the Championship in eFootball™ 2023 for 26 countries as well as the board meeting for the European Esports Federation and the Adria Esports Federation. Hoping everyone will have a blast with everything that we have prepared. Best of luck to all athletes and see you in Podgorica. We are all super excited for the largest European eFootball™ 2023 event happening in Montenegro this September.“

— Filip Soc, President of the  Alliance of Electronic Sports Federation of Montenegro